The iPad Air and the 10.2" iPad have very different designs. 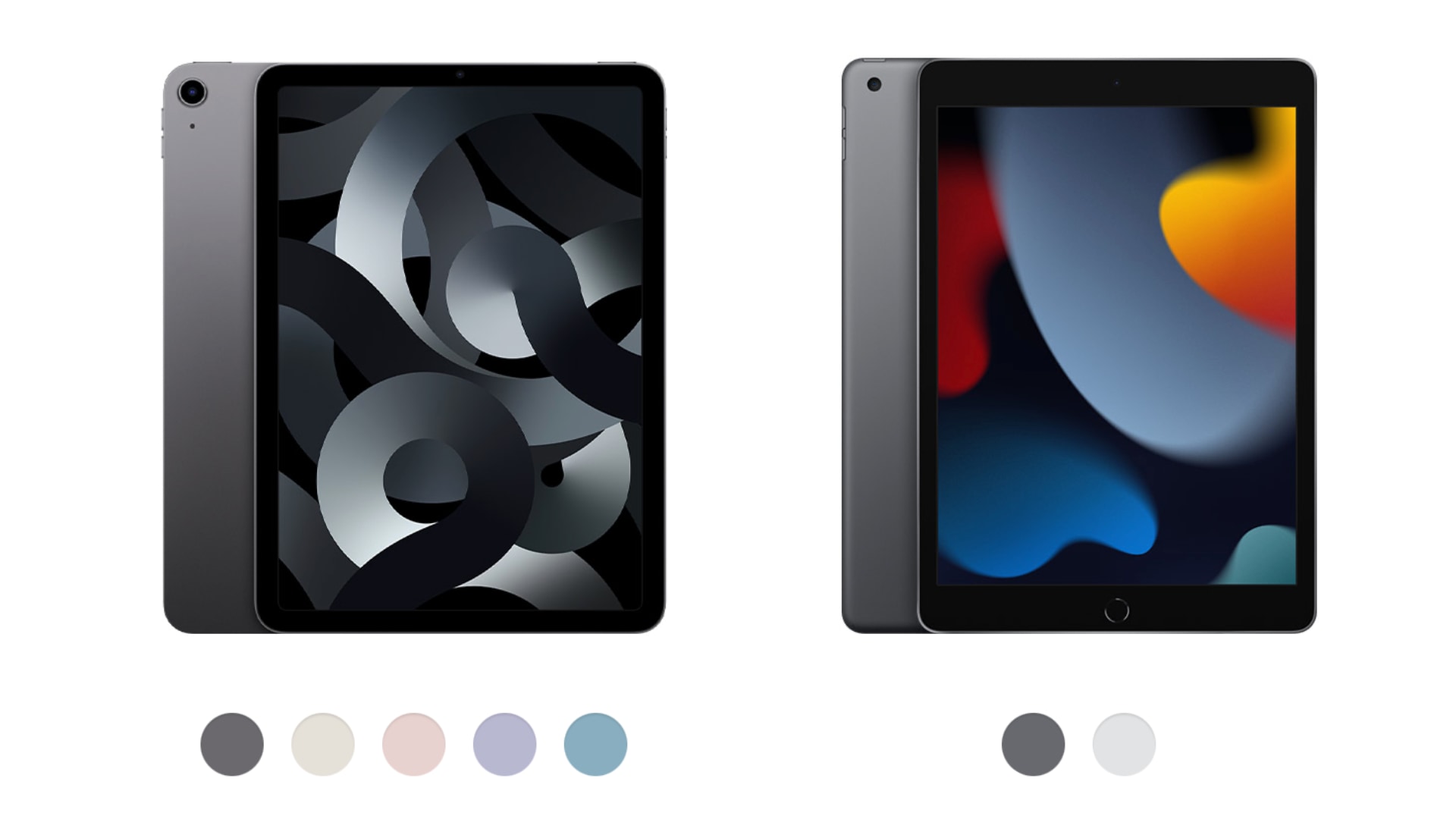 Both models are slim devices and weigh just over 400 grams. The iPad Air is lighter and thinner, although this is not a decisive aspect as the difference in weight and thickness is negligible.

The processor, or chip, is where we find the most significant difference between the iPad Air vs the iPad 10.2": The 10.2" iPad has an A13 chip, and the iPad Air has the M1 chip. 60% more powerful!

Also read to know more to understand the difference between iPad Air vs iPad Pro, here.

Apple Pencil and Smart Keyboard in iPad Air vs iPad 10.2"

The 10.2" iPad and iPad Air have different accessories, and herein lies one of the biggest differences:

So you can see the difference: The Apple Pencil 2 attaches magnetically to the side of the iPad and charges at the same time. Almost like magic! It'll always be at 100%, and you don't have to worry about where to put it.

The Smart Keyboard Folio covers the front and back of your iPad. It's a super lightweight keyboard. The Magic Keyboard for iPad Air is the most advanced keyboard available and includes a trackpad so that you can scroll through your iPad like a laptop.

The 10.2" iPad is perfect if it's your first iPad or if it will be an iPad for regular use. Surfing the web, watching series, using your social networks, taking class notes, and text documents. It's also an ideal iPad for children. Also read to know more on: Which iPad is the best for students, here.

The iPad Air is a much more powerful iPad with a higher-quality screen. Plus, its accessories are more advanced, and if you like to draw or need a keyboard for typing, you'll be very grateful for having gone for the iPad Air. Nothing will get in your way with it, and it's a great choice if you're looking for a durable iPad.
Both models are available at iSTYLE as well as, you could visit any of our iSTYLE Outlets and our experts will assist you with the iPad made for you.